Stichting Broken Wings in a nutshell

Stichting Broken Wings in a nutshell

On April 17th, 1995 the village of Vaassen celebrated, the fiftieth anniversary of the victory over German tiranny during World War II, in the presence of Mr Roger Jean Marie, surviving Canadian liberator in 1945 and family members of the aircrew, buried in Vaassen.
On this occasion special attention was paid to the heroic role of the deadly injuried crewmembers (buried in Vaassen) of the two airplanes which crashed near Vaassen.   The sacrifice of those young men: their lives in exchange for our freedom was extensively emphasized during an impressive Remembrance Service held in the presence of the families closely related to the airmen.   Later on, at the initiative of some inhabitants of the village of Vaassen, Stichting ‘Broken Wings’ was founded on November 28th, 1997, in order to meet the wishes of most of the families to honour the memory of these young airmen not only this time but also in the years to come. 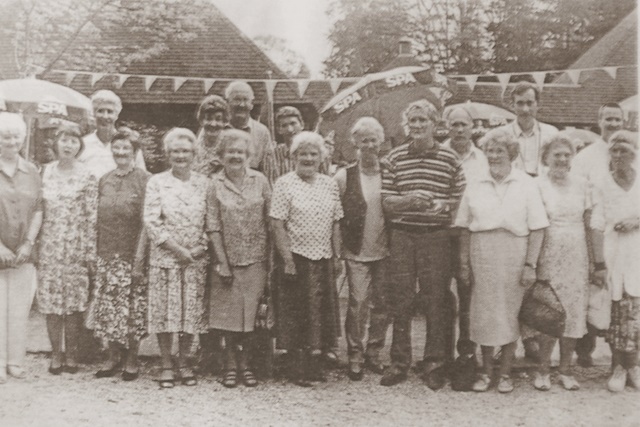 Stichting Broken Wings intends to achieve their aim by:

Meetingpoint for relatives and survivors

During the past five years ‘Broken Wings’ succeeded in tracing relatives of the crew-members. When visiting Vaassen relatives and survivors can rely on hospitality during their stay and assistance in finding places and sites which might be of interest to them.

Every year in April a Remembrance Service at the small monument in the woods near Gortel commemorating the 6 crew-members of the Short Stirling ’T for Tommy’crashed here on 16/12/1942 . The crew was buried at the Cemetery in Epe (Tongerenseweg) where these airmen

On November 11th, 1918 at 11h00 World War I ended officially.  On this day, Armistice Day (Remembrance Sunday or Poppy Day) Great Britain and the British Commonwealth still commemorates all   the servicemen and women who died in the two World Wars.The Poppy became a symbol. Every year on the Saturday closest to November 11th, a Remembrance Service for the 12 airmen is performed by ‘Broken Wings’ on the Vaassen Cemetery.

At the initiative of ‘Broken Wings’ a lesson package was composed for primary schools in Vaassen in order to make a significant contribution to the process of consciousness of the youth: there is no victory to gain from any war.

During World War II aswell as afterwards many people paid attention and took care for the victims, relatives and survivors of the airbattle near Vaassen.  In commemoration of these men and women ‘Broken Wings’ started a project which hold the placing of a remembrance column at the Vaassen Cemetery opposite the war graves  and dedicated to a special person. The first column was unveiled on November 9th, 2002 in commemoration of Mrs Riekie Mulder ten Kate.

Another aspect of the ‘Broken Wings’ activities is collecting historical objects a.o. accessories of airplanes, personal properties, photographs, books, documents and publi-cations. Exhibitions are being performed several times a year. Eye-witness’s accounts are recorded by means of interviews.  Thus ‘Broken Wings’ tries to make a start with a valuable collection for future gene-rations.

In 2002 ‘Broken Wings’ started on a more or less regular basis the publication of a News Letter to keep in contact with survivors and relatives overseas aswell as with those interested in the activities of ‘Broken Wings’ in The Netherlands.  You can order a English Newsletter by mail.

As a non-profit organization ‘Broken Wings’ is fully dependent on donations from the private sector. Required finances are coming from donations of local and regional organizations. Apart from organizing all kind of activities we also require sponsorship for specific projects.   In short: when you think it important for ‘Broken Wings’ to keep alive the memory of the tragic events that occurred in the municipality of Epe during World War II, please contact us for more detailed information.